Based on research and personal testimonies from our students and the local community, we found that many low-income families eat little more than a bowl of white rice or noodles with some sort of bottled sauce. These families simply can’t afford anything else. Our experiences and available research through UNICEF and the World Food Programme show that essential nutrients needed for ongoing physical and cognitive development are in short supply. 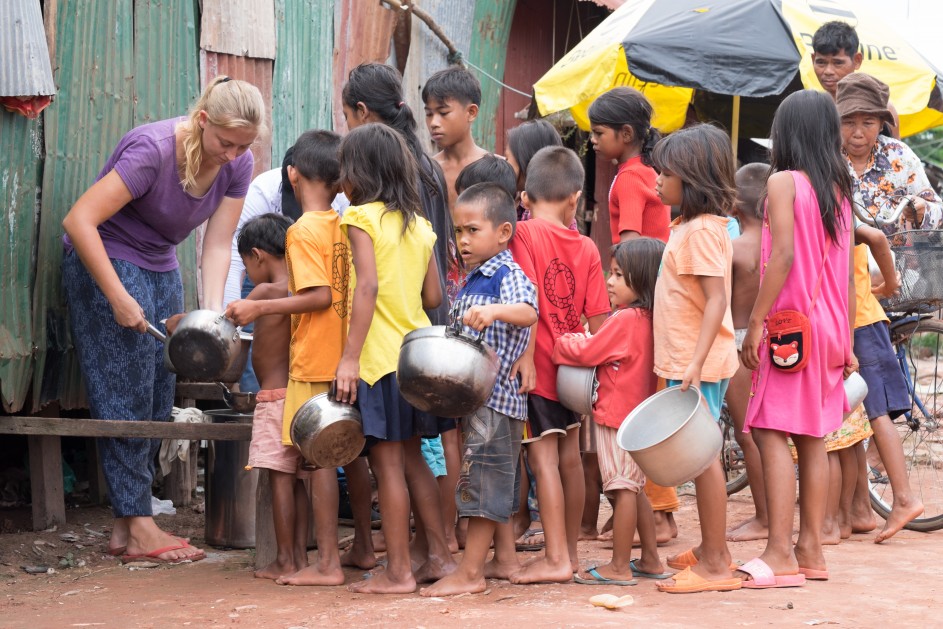 Recent statistics state that in Cambodia, 18 percent of the population lives below the food poverty line (Cambodia Socio-Economic Survey, 2014). Despite strong improvements over the last few years, malnutrition rates in Cambodia remain high; almost 40 percent of children are chronically malnourished and suffer from stunting as a result, more than 28 percent of children are underweight and almost 11 percent are considered acutely malnourished (UNICEF Cambodia, 2008-2012).
Micro-nutrient deficiencies in iron, vitamin A and iodine are cause for public health concern, especially in children under the age of 5 (World Food Programme).
Providing food of high nutritional value is an essential part of our mission. We prepare, deliver and serve highly nutritious meals to low- income schools as well as healthy ration packs to families and smaller communities. 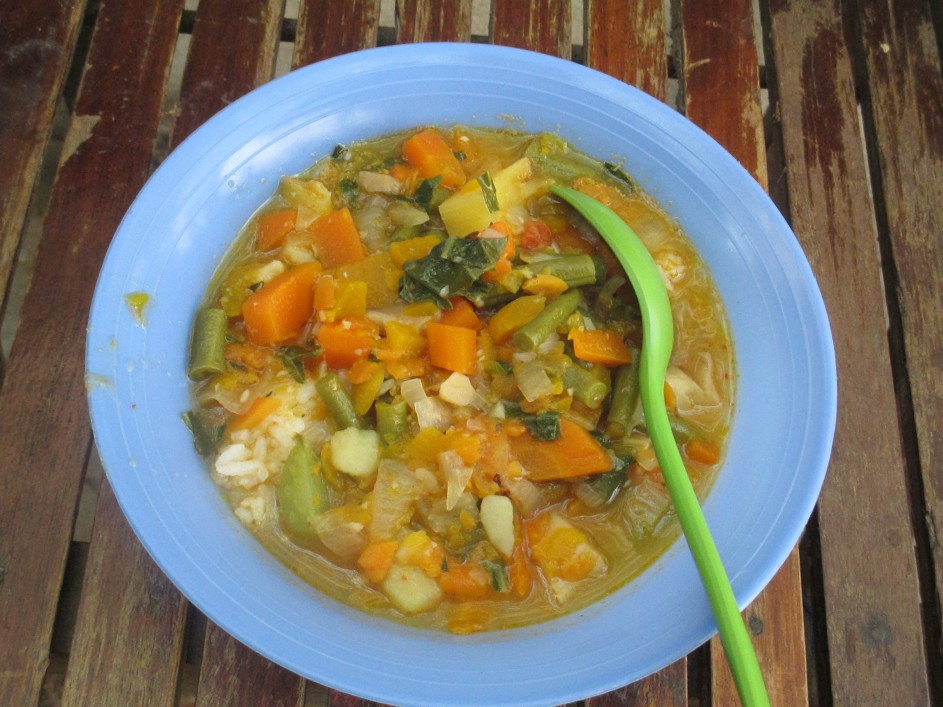 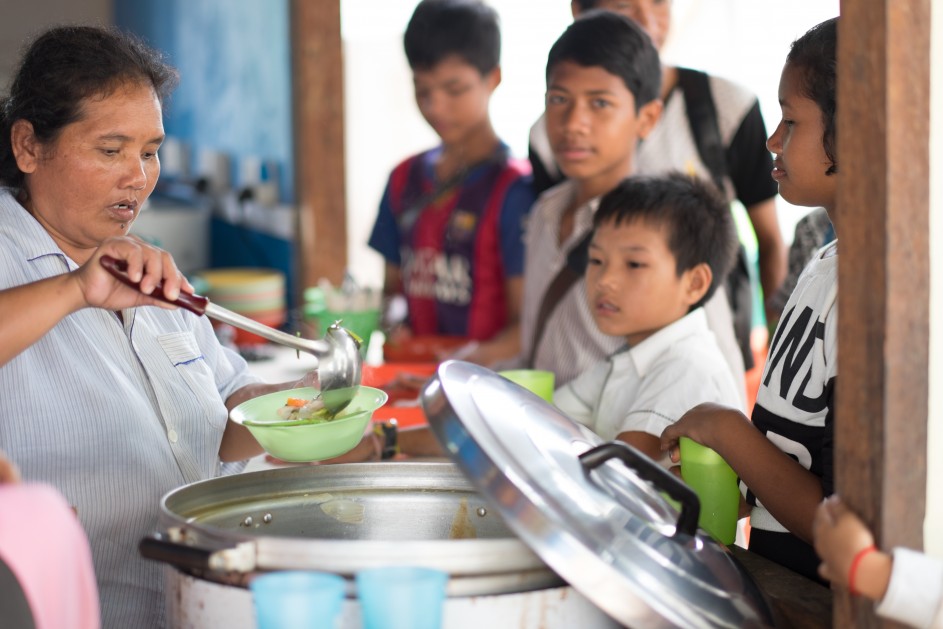 We currently work closely with a local NGO (non-governmental organisation) ABCs and Rice where we provide a daily healthy lunch for 180 students. ABCs and Rice is looking to double their capacity in the next two years. We are aiming to do the same as a healthy lunch is invaluable to these children’s well being and education in the long run.